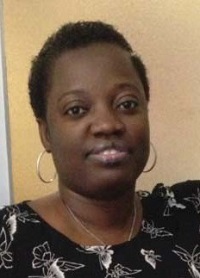 In her research at AIMS, she developed a model that ensures that autonomous robots are able to detect and avoid obstacles as they carry out various tasks assigned to them. In her research at UCT, she developed a model that can guide multirobots to perform a pre-entry safety inspection in underground mines/tunnels. This model which is applicable in the mining industry suggests strategies that curtail exposure of miners to underground mine accidents and disasters such as, inhalation of dangerous gases and exposure to mine roof fall.

The benefits of such models are abundant and the results when implemented would catalyze the mining sector towards sustainable growth, reduce the loss of human capital which occurs from underground mine accidents, and set a foundation for building robots that can perform conventional and unconventional tasks that are too dangerous for humans.

“The aim is to save the lives of miners from mining disasters by doing a pre-entry safety inspection of the mine environment.”

Facilitated through the AIMS Alumni Small Research Grant (AASRG), administered AIMS under the “Research for Africa” project which is funded by the Canadian International Research Centre (IDRC), as an emerging female scientist, Chika will now be able to realise her vision of establishing a research group in Robotics and Artificial Intelligence at the University of Lagos. She has already resumed work as a full-time lecturer there and the grant funds will see to her rapid career growth within this environment. Dr Yinka-Banjo represents a classical example of an AIMS alumnus contributing to brain gain by returning to their home country specifically, and remaining on the African continent to contribute directly to teaching and research capacity building of young scientists in Africa, while introducing novel mathematical science research concepts and their applications. Her research which is linked to aspects related to Artificial Intelligence, Machine Learning, Swarm Intelligence, Robotics, Mathematical Modelling and their associated applications has the potential to advance knowledge and inform practices and policies in the mining sector in Nigeria specifically, and other countries in general.

In 2013, she won the prestigious L’Oreal- UNESCO for Women in Science Sub-Saharan Africa Fellowship Award. She has built her academic career on inspiring younger generations through teaching computer science, and one of her goals is to become an academic role model for young African girls in science.