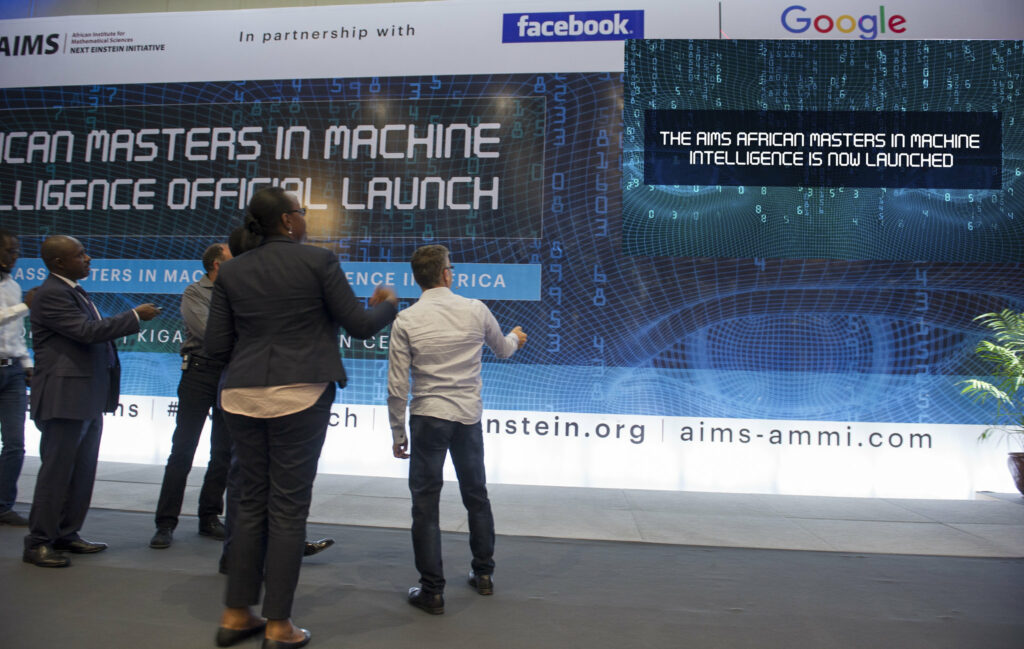 Today, close to 200 young Africans have graduated from the African Master’s in Machine Intelligence (AMMI) since its launch in October 2018. AIMS, in partnership with Google and Facebook, created AMMI. The fully-funded one-year intensive graduate program provides brilliant young Africans with state-of-the-art training in machine learning and its applications. The program’s birth came as a response to the lack of African talent in the Artificial Intelligence (AI) field.

Over the past decade, thanks to large public and private investments, Machine Intelligence (MI) has progressed rapidly in both basic research and the development of a vast array of applications,” says Moustapha Cissé, Founder and Director of the AMMI program. “However,” he continues, “the talent pool currently advancing MI is modest and unrepresentative of the diversity of our world, leaving us less capable of facing global challenges. Our backgrounds and our environment strongly influence the challenges we choose to work environment.”

The idea of a machine that thinks dates back to ancient Greece. However, it’s only until 1950 that Alan Turing, a mathematician famous for his work in developing the first modern computers, in a paper he called Computing Machinery and Intelligence, attempted to respond to the question, ‘can a machine think?’

According to IBM, thinking for machines, technically known as Artificial Intelligence (AI), leverages computers and devices to mimic the problem-solving and decision-making capabilities of the human mind. It’s all about creating programs that can operate independently and do things that only human beings usually do.

AI has dramatically improved how our society lives. However, Africa hasn’t fully embraced the benefits that AI has to offer. The big question remains, how can Africa use AI to solve its most pressing problems?

“Our goal with AMMI is to train a generation of young scientists who will bring a fresh perspective to machine intelligence research and contribute to advancing its development across Africa, for the benefit of its society,” Moustapha Cissé.

“In my undergrad, I did a project on creating smarter traffic lights, and this was my introduction to Machine Intelligence.”- Ahmed Eltayeb Khalid, AMMI Program Pioneer, and Alumnus. “The content given here is both brief and broad. Machine Intelligence is going to be a revolutionary field, and this program gives both the knowledge and the connections to start a career in this field.”

Moustapha Cissé, the AMMI Founder, is one of the few African scientists who contributed massively to the development of AI in Africa. First, he co-founded the Black in AI, an African hub created by Africans for Africans, aimed at increasing the presence of Black people in the field of artificial intelligence by creating space for sharing ideas, fostering collaborations, mentorship, and advocacy.

Despite the progress made, Africa faces a couple of challenges that hinder the development of AI, including lack of specialized talent, and that is a gap that AIMS is trying to fix through the AMMI program. AIMS remains committed to investing in the brightest African students by training them and equipping them with the necessary skills to be part of the Artificial Intelligence ecosystem.

“I chose this program to give me solid knowledge in Machine Learning to put me before African leaders to show the world how African youth are talented. After AIMS, I want to transfer my knowledge to help improve agriculture in Sudan,” Abdalgader Aboubakar, AMMI Alumnus.