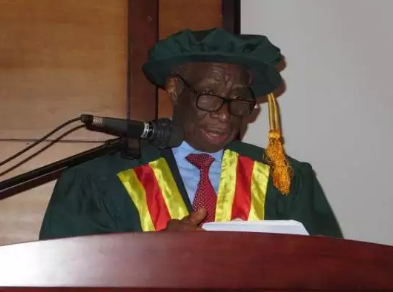 Study of Mathematics on the decline in Africa – Prof Allotey

Accra, June 12, GNA – Despite the increasing importance of mathematics to economic and societal progress, the study of the subject in Africa is declining, Professor Francis Kofi Ampenyin Allotey, President, African Institute for Mathematical Sciences, Ghana (AIMS-Ghana) has said.

He said several reasons had been attributed to the poor state of affairs in mathematics in Africa such as: “Inadequate student number, particularly females due to poor teaching of mathematics in primary, junior and senior high schools, lack of motivation and incentives and poor employment prospects in mathematics in many sections of the economy other than teaching”.

Prof Allotey, who is a renowned Ghanaian Mathematician and Scientist, made this revelations during his induction as Fellow of the Nigerian Mathematical Society (NMS) in Accra.

The award was in recognition of Prof Allotey’s outstanding contributions towards the advancement of mathematics, science and technology in Africa and across the globe.