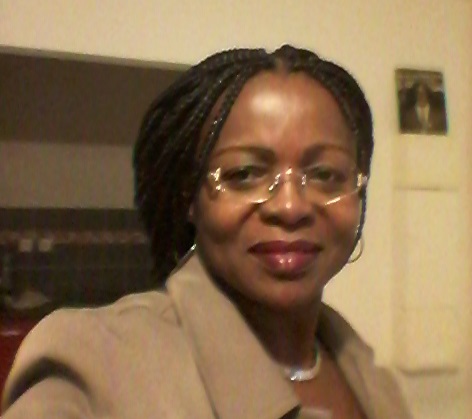 The African Institute for Mathematical Sciences-Next Einstein Initiative (AIMS-NEI) is honored to receive the first female Research Chair – Prof. Gisele Mophou, who will lead the establishment of the AIMS Cameroon Research Centre and increase its visibility within and outside Cameroon. AIMS is excited to have attracted another top African Researcher back to Africa.

Prof. Mophou’s Research Chair at AIMS Cameroon will focus on mathematical study of diffusion-convection reaction problems and applications to environmental and health issues. Her project will lead to collaboration with partners in various universities in Germany, Cameroon, Burkina Faso, France, the USA and other countries. This position is among the five Chair positions made possible at AIMS through the generous support provided by the Alexander von Humboldt Foundation under the program ‘German Research Chairs’ financed by the German Federal Ministry of Education and Research (BMBF). The Research Chair positions also benefit from funding from the German Academic Exchange Service (DAAD).

A Cameroonian by birth, Prof. Mophou was appointed as a full professor in 2013 at the Université des Antilles et de Guyane (French Guiana and French West Indies University) prior to obtaining her PhD in Numerical Analysis in 2000. Before her PhD study, she had obtained a Master’s and Bachelor degree in Mathematics from the Université des Antilles et de Guyane, and an Advanced Study Diploma (DEA) in Numerical Analysis from the University of Paris VI in France.  Over the years, her research interest shifted to optimal control of singular problems and controllability of partial differential equations with incomplete data and fractional differential equations, particularly the study of the least and the low regret control of such systems.

Prof. Mophou’s has extensive international exposure and expertise in research capacity building, organizing scientific events, (co)-authoring more than 40 scientific papers which have been published in international peer-reviewed journals, lecturing and mentoring. She is also an African Academy of Sciences Fellow, Associate Editor of the Journal of Nonlinear Evolution Equations and Applications, and a member of the editorial board of at least seven other journals.

Prof. Mama Foupouagnigni, President of AIMS Cameroon, says “AIMS Cameroon is pleased and honored to host the first female Research Chair in the AIMS Network”, adding that “the appointment of this Chair completes AIMS Cameroon’s core pillars of Post Graduate Training, Research, and Public Engagement in the Mathematical Sciences.” He says “AIMS Cameroon is now fully prepared to move to the next level which includes making visible contributions to not only the development of Cameroon but of the region, and other countries, by exploiting the power of mathematical sciences”.

About the German Research Chair program in ‘ Mathematics and its Applications’

About the Humboldt Foundation

The DAAD is the world’s largest funding organization for the international exchange of students and researchers. Since it was founded in 1925, more than 1.9 million scholars in Germany and abroad have received DAAD funding. The funding offers range from a year abroad for undergraduates to doctoral programs, from internships to visiting lectureships, and from information gathering visits to assisting with the establishment of new universities abroad. Voluntary, independent selection committees decide on the funding. The DAAD promotes the international activities of German institutions of higher education. Within the framework of the German Research Chair program DAAD supports activities of German universities with the respective chair holders and AIMS centres.