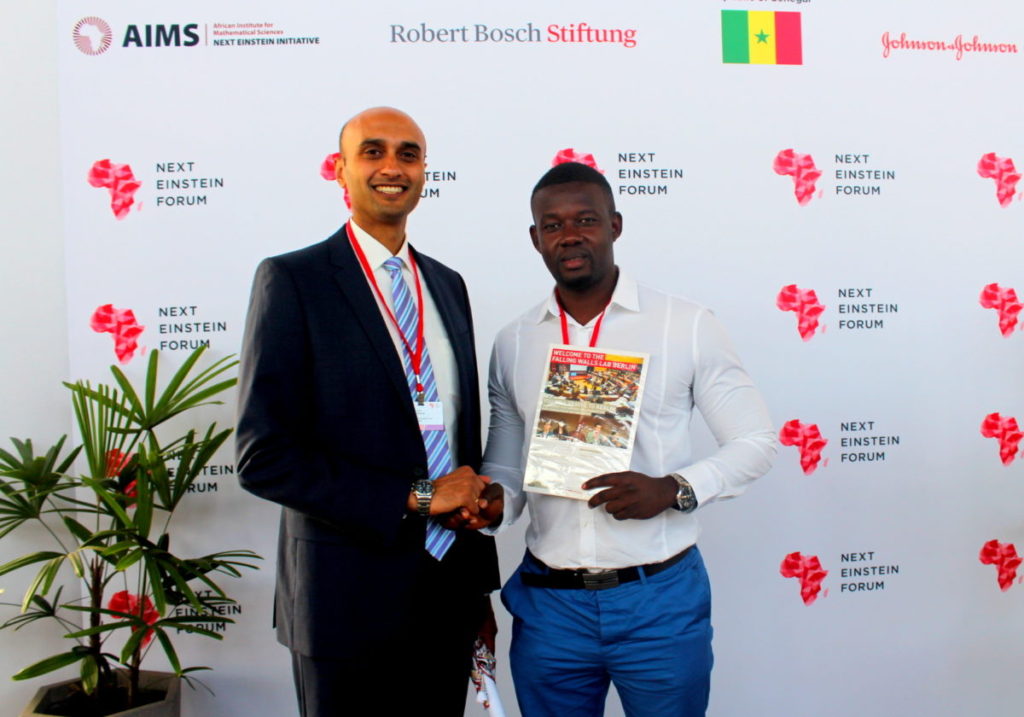 African Ingenuity Celebrated at Next Einstein Forum in Dakar

Organised by the African Institute of Mathematical Sciences (AIMS), in conjunction with German engineering giants Bosch, the NEF was launched in 2013. Its corporate patrons are drawn from all areas, with DFG, Carnegie, and Mastercard Foundation all championing the cause. Curiously, for a Francophone country, French companies were not among the business delegation.

The Robert Bosch Foundation is the philanthropic arm of the German tech company, and is the largest corporate charitable organisations in Germany. The foundation used its influence to bring African inventors and scientists in contact with key decision-makers in media and policy. By helping to expand networks for African scientific minds, the NEF will take ideas global by raising the profile of African scientists internationally.

The breakout star of the forum was Moses Bangura, winner of the Global Challenge of Invention to Innovation competition. The Sierra Leonian scientist developed a drone that delivers medical supplies, providing access to healthcare to those in remote regions. It was piloted in his native country, and Bangura hopes to roll it out across the African continent.

“It’s very reliable and robust, an open source system which anyone can develop,” he said, “this we believe will be the first of its kind in the world. In the end, RDS will ensure that health care products are able to reach people in emergencies and those who are in the furthest regions from connected roads.”