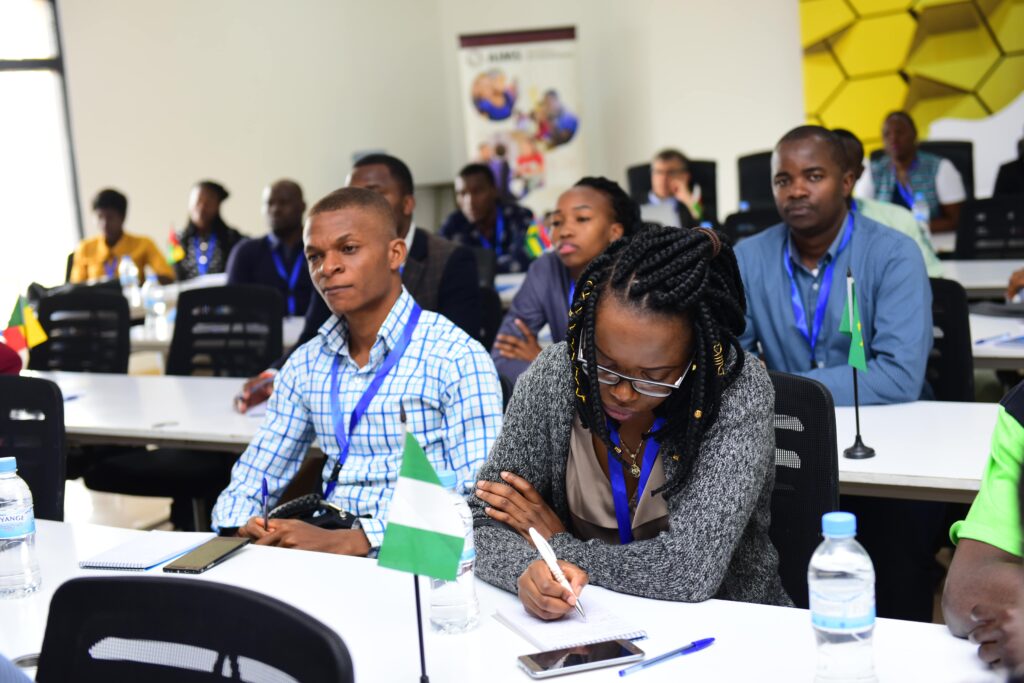 The role of African scientists in mitigating climate change effects

The world’s top leaders, scientists, and youth delegates recently gathered in Glasgow, the UK, for a two-week conference, COP26, to collectively find possible solutions for the climate change challenge. Today more than ever, climate change has proven to be a significant threat, but the good news is that people are increasingly noticing how big the problem is. According to Deutsche Welle, this year, the number of people registered to attend COP26 was close to 40,000 people, nearly double those who registered to attend the last UN climate conference.

“The issue of climate change is coming slowly. I’m happy that we are in COP26, and all governments are keen on agreeing to fight this climate change issue together,” said Dr. Nana Ama Browne Klutse, Resident AIMS-Canada Research Chair in Climate Change Science at AIMS Ghana.

Climate change has already impacted our lives in many distinctive ways. From the loss of sea ice and accelerated sea-level rise to longer and more intense heatwaves, climate change negatively affects almost every living thing in the ecosystem.

Particularly, Africa will continue to get hit the most by climate change effects despite contributing less greenhouse gas emissions. According to the United Nations Fact Sheet on Climate Change, Africa accounts for only 2–3 per cent of the world’s carbon dioxide emissions. Additionally, as stated in the recent IPCC report on climate change, increases in temperature extremes, including heat stress and heatwaves, and coastal changes including coastal flooding, erosion and sea-level rise will be typical in Africa by the mid-century.

The changes mentioned above translate into issues that threaten lives. Climate change is not a stand-alone issue. Rather, it creates or magnifies other problems such as poverty, hunger, increase of refugees and death. For example, agriculture is a very important sector in Africa; in fact, according to the World Economic Forum, 70% of Africans depend on agriculture for livelihoods. Also, about two-thirds of manufacturing value-added in most African countries is based on agricultural raw materials, making agriculture the number one provider of industrial resources.

Hence, for a continent whose economic activities rely heavily on agriculture, climate change effects such as extreme increases in temperature and flooding are very dangerous to Africa’s people.

So, what role can African scientists play in mitigating climate change effects? We will start from what they are already doing. Climate change science hasn’t been diverse as ever before. There is still more to be done regarding including more African scientists in the research sphere of climate change, but the progress is good. For example, of 234 lead authors and 517 contributing authors who contributed to the IPCC latest report on climate change, 8% were from Africa. And, two of them are AIMS-Canada Research Chairs in Climate Change Science: Dr. Nana Ama Browne Klutse (Ghana) and Dr. Mouhamadou Bamba Sylla (Rwanda).

These African researchers contribute to the global scientific efforts in mitigating climate change issues by assessing the existing data on climate change in Africa. Their assessment informs the local and global policymakers on what needs to be done to adapt and reduce the effects of climate change.

“It is very exciting to be part of those who actually write one of the most comprehensive scientific documents in history. It is very important for us, particularly for this assessment report because we have tough negotiations ahead in terms of climate change,” Dr. Mouhamadou Bamba Sylla, AIMS-Canada Research Chairs in Climate Change Science, AIMS-Rwanda.

African scientists have several challenges to support Africa, and the world, effectively in solving this pressing and urgent issue. According to Dr. Nana Ama Browne Klutse, there are three prominent issues regarding climate change in Africa. Data, research, and capacity-related issues prevent African scientists from contributing to the global climate change resolution efforts adequately. Other researchers such as Bamba also agree. “I think researchers need funding to be able to develop mathematical models to predict volcanic eruptions,” Dr. Mouhamadou Bamba Sylla when speaking about what needs to happen to prevent volcanic eruptions.

African scientists, politicians and people of Africa must be involved in alleviating climate change effects. Climate change is a global issue. The progress required to resolve the issue can only be made if governments, scientists, and private and public institutions play their part. Not just in Africa, but in the whole world.