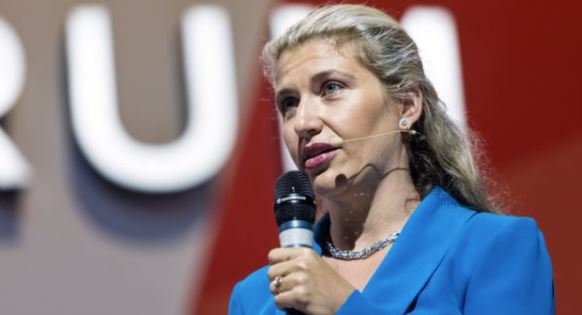 The ‘Next Einstein’? She’s from Africa

Back in 2008, South African physicist Neil Turok gave a speech in which he declared his wish that the next Einstein would be from Africa.

It was a rallying call for investment in maths and physics research in Africa. The “Next Einstein” slogan became a mission for the organisation Neil Turok had founded to bring Africa into the global scientific community: the African Institute of Mathematical Sciences (AIMS).

“Einstein is a natural, easy role model for people to look at – not just because he was a spectacular scientist, but also he thought about the way we should care for social justice as well as science,” says the 36-year-old South African cosmologist Amanda Weltman.

Her work on the Chameleon field, a way to explain the accelerated expansion of the universe, is seen as a continuation of Einstein’s work.

“Where Einstein triggered all these completely new ideas and brought about revolution, that’s what we want to do. It’s not necessarily to be that person, but to be revolutionary and fearless,” Dr Weltman adds.

Africa might seem an unlikely source of high-end scientific research, but this is becoming a reality and the continent has some natural scientific advantages.

This article by Julian Siddle, BBC Radio Science Unit was published on the BBC News website.