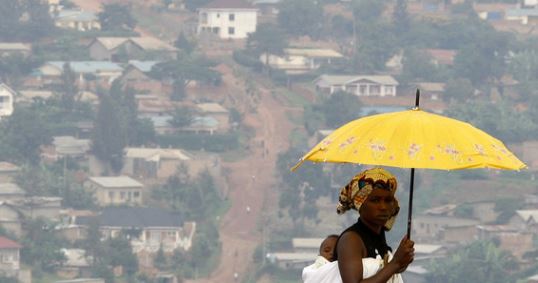 Who’s coming to the World Economic Forum on Africa 2016?

Much has been made of the concept of the Fourth Industrial Revolution, a new economic and social era brought into being by the effects of emerging digital technologies on everything from business models to consumption habits.

It’s a compelling thesis, posited by none other than the Founder and Executive Chairman of the World Economic Forum, Professor Klaus Schwab, and one that will take on an entirely new dimension at the World Economic Forum on Africa in Rwanda next week, when leaders gather to assess what impact this great shift will have on a region of the world that is in many parts still grappling with much earlier stages of industrial development.

It helps to have world-leading experts on hand. Africa, of course, stands to benefit possibly more than any other region from new technologies that render obsolete outdated and expensive infrastructure, and the know-how will not be in short supply. So who’s coming?

From the tech field

One name to look out for is MIT’s Neil Gershenfeld, also in town to launch Africa’s first Fab Lab. Jonathan Ledgard, from Switzerland’s own version of MIT, the Ecole Polytechniqe Fédérale de Lausanne, is a man with a mission to augment Africa’s roads with a network of drone highways. Thierry Zomahoun, of the African Institute of Mathematical Sciences, has gone from a standing start in 2012 to launching six centres of innovation across Africa; he won’t stop there. And let’s not forget Solomon Assefa, Young Global Leader and Director of IBM Research for Africa.

Representing the new generation of African tech leaders is Mitchell Elegbe, Founder and CEO of Nigeria-based Interswitch, a payments company which has been tipped to become the region’s first billion-dollar-rated unicorn this year. His countryman Ayodeji Adewunwu, Founder and CEO of Nigeria’s most popular online jobs platform Jobberman, will also be in Kigali; as will Allon Raiz, one of South Africa’s most successful venture capitalists, Raizcorp, whose business has now expanded further into the region. The Forum’s Technology Pioneers community will be represented too, by Temitope Ola, CEO of Koemei, a Switzerland-based video search company, as well as Simon Bransfield-Garth of UK-based Azuri Technologies, which aims to revolutionize off-grid power supply in sub-Saharan Africa.

Africa today has over 700 homegrown businesses, all generating more than $500 million in annual revenue. Their growing scale makes them a powerful force in helping address the region’s critical challenges. Aliko Dangote of Dangote Industries, a strong supporter of the region’s youth in the past, will be sharing his experiences with an audience of students at the University of Rwanda, as part of our Community Conversations series. Also sharing his views will be Patrice Motsepe, Head of African Rainbow Minerals.

East African business leaders will be out in force too: not least among them Ashish Thakkar, Executive Chairman of Mara Sokoni. As a young man, Thakkar was forced to flee the genocide in Rwanda; today he is a major investor in its economy. Joining him are other Young Global Leaders of note: Michael Macharia, CEO of Seven Seas Technologies, and James Mworia, CEO of Centum.

From around the world

World Economic Forum meetings are not World Economic Meetings without a contingent of young leaders. Fifty Global Shapers from hubs all over Africa will be in Kigali, including Michaela Rugwizangoga, a Global Shaper of the Kigali hub; Lauren Uppink from the Cape Town hub; a leading figure in the Shapers’ successful #internet4all campaign and Shabbir Esmael from Port Louis, Mauritius, where the hubs #seeingblue initiative is being used to educate and conserve oceans around the world.