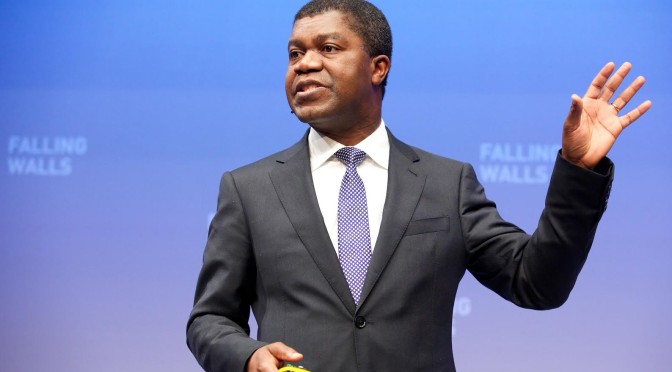 Thierry Zomahoun Podcast: Africa is Looking for its Einsteins

Africa is at a tipping point, and will become a global player.” That’s according to Thierry Zomahoun, president and CEO of the African Institute for Mathematical Sciences (AIMS), who is also a development economist. He has a dream: “To train a critical mass of bright mathematical scientists, who are critical thinkers and problem solvers, and who will address the African development challenges.” In this interview to EuroScientist, this native of Benin explains how he hopes that it will be soon be possible “to train a new generation of African leaders” and “bring more girls and women into science”.

He is a promoter of the Next Einstein Initiative, proposed by AIMS. The institute has five excellence centres in Tanzania, Cameroon, Ghana, Senegal and South Africa. It currently recruits, at most, 50 people per centre to train them in broadly applicable mathematical skills.