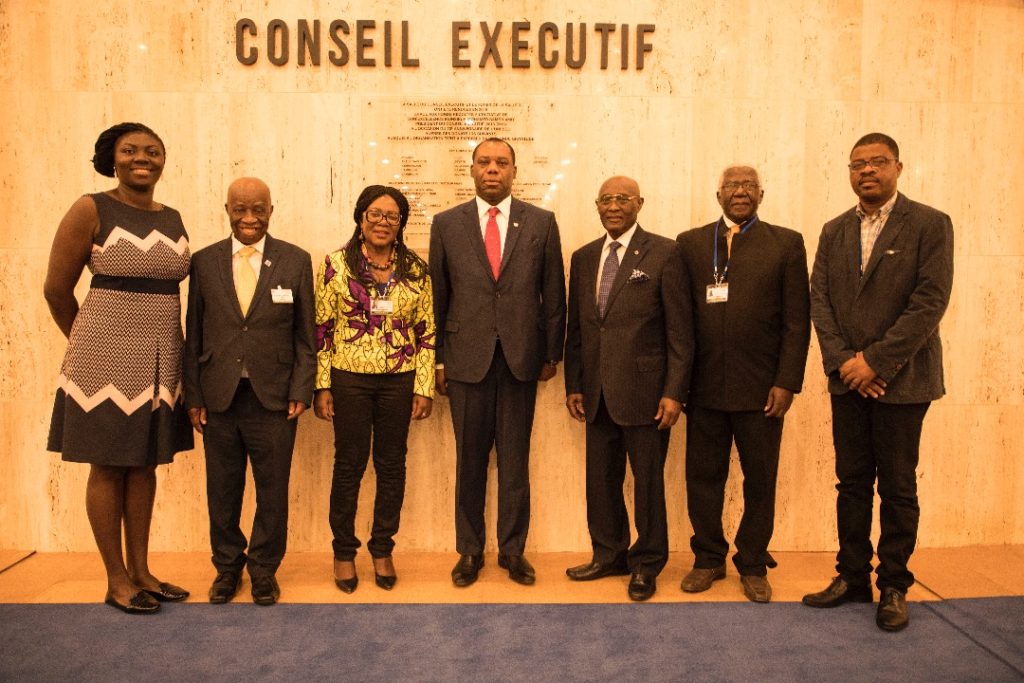 Kigali, Rwanda – 2 February 2016: Following an invitation from the President Paul Kagame several years ago, the Government of Rwanda through the Ministry of Education have today signed an Agreement with the African Institute of Mathematical Sciences-Next Einstein Initiative (AIMS-NEI) that will see the setup of an AIMS Centre of Excellence in Mathematical Sciences as well as a state of the art Quantum research centre, a first for Africa.

Speaking at the signing ceremony the Minister of Education,  Papias Malimba Musafiri noted the importance of the partnership, “I greatly welcome this important partnership with AIMS-NEI as this will greatly enhance Rwanda’s ambitions to strengthen the capacity in science mathematics and engineering in support of Rwanda’s and the region’s development, ” he said.

Thierry Zomahoun, President and CEO of AIMS-NEI stated, “At the invitation of President Paul Kagame, AIMS will join the science and innovation ecosystem that the government is building with the goal of being a continental hub in technology. AIMS sees Rwanda as a conducive environment for its initiatives and we look forward to collaborating and supporting the local and regional research community.”

The institute has as its mission to “enable Africa’s brightest students to flourish as independent thinkers, problem-solvers and innovators capable of propelling Africa’s future scientific, educational and economic self-sufficiency”. One of the central programmes of AIMS is an intensive one year Masters Programme in Mathematical Sciences. T AIMS Centre will open its doors to students in August of this year with a distinguished scholars and Nobel Prize winners among its lecturers.

AIMS was established by Professor Neil Turok in 2003 in South Africa and, in addition to the Centre in South Africa, currently has Centres in Cameroon, Senegal, Ghana, and Tanzania, with the goal to be in 15 countries by 2023.

Benefits for Rwanda and the Region

The establishment of an AIMS Centre in Rwanda will support to build Science, Technology, Engineering and Mathematics (STEM) expertise, key benefits include: