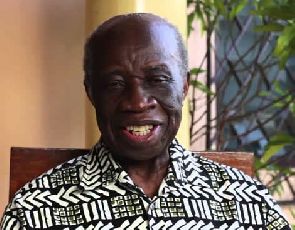 Professor Allotey to be given state burial on February 23

The late renowned scientist, Professor Francis Kofi Ampenyin Allotey, will be honoured with a state burial, the government has announced.The Mathematician died aged 85 on November 2, 2017, and will be buried on February 23, 2018.
The Information Minister, Mustapha Hamid, said President Nana Akufo-Addo recognizes the efforts of Professor Allotey in the development of Mathematics and Science in Ghana.“We all know the contribution of Professor Allotey in Ghana and what he has done for Ghana. To this effect, the President wants to give him all the recognition he needs, a befitting burial.”

Professor Allotey was President of the African Institute for Mathematical Sciences in Ghana, President of the Society of African Physicists and Mathematicians, and a founding fellow and former Vice President of the African Academy of Sciences.He was also Vice President at Large of the International Union of Pure and Applied Physics, and former President of Ghana Academy of Arts and Sciences. Mustapha Hamid described him as a genius who worked hard to put Ghana’s name on the world map. “Professor Allotey is known worldwide, and when his name is mentioned Ghana comes to mind. He has done well for Ghana and he deserves all the respect,” the information Minister said