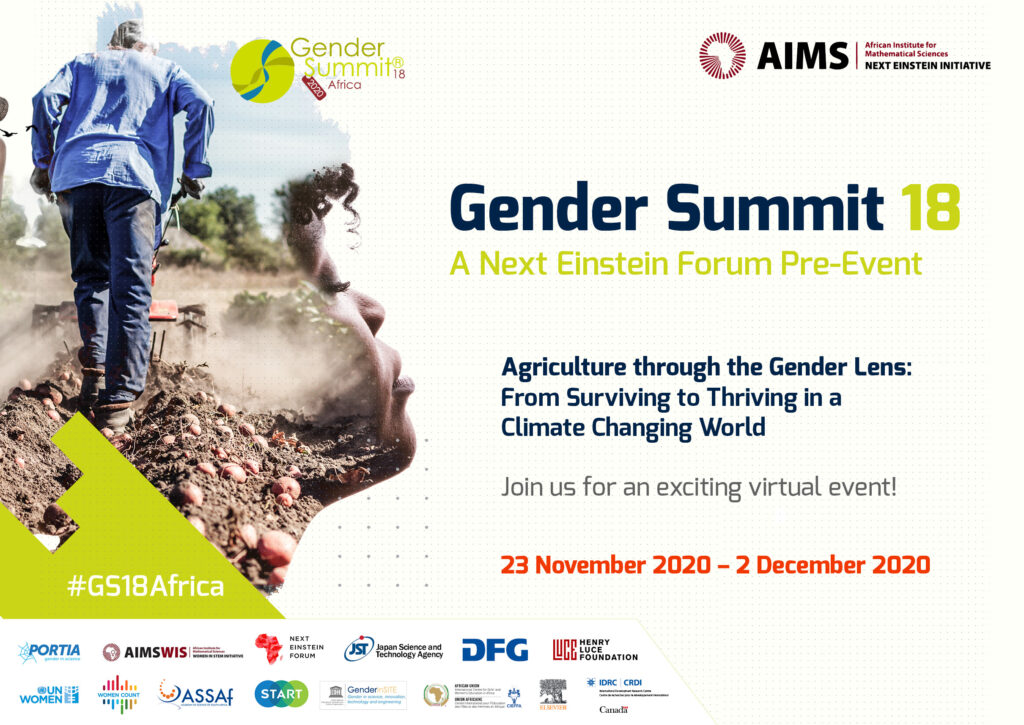 Since 2011, the Gender Summit has provided a forum for scientists, gender scholars, policymakers, research institutes, funding organisations & civil society to discuss research evidence and chart pathways for improvements. Initially set up for the European science community, the Gender Summit has subsequently expanded to North America, Africa, and the Asia Pacific, linking critical players across various science sectors around the globe to engage in joint and transformative actions to advance understanding of gender issues towards sustainable and effective research and innovation.

Organized on the sidelines of the #NEF2020, the #GS18AFRICA will feature a wide range of panel discussions, power talks, poster presentations and networking sessions under the theme: “Agriculture through the Gender Lens: From Surviving to Thriving in a Climate Changing World”.