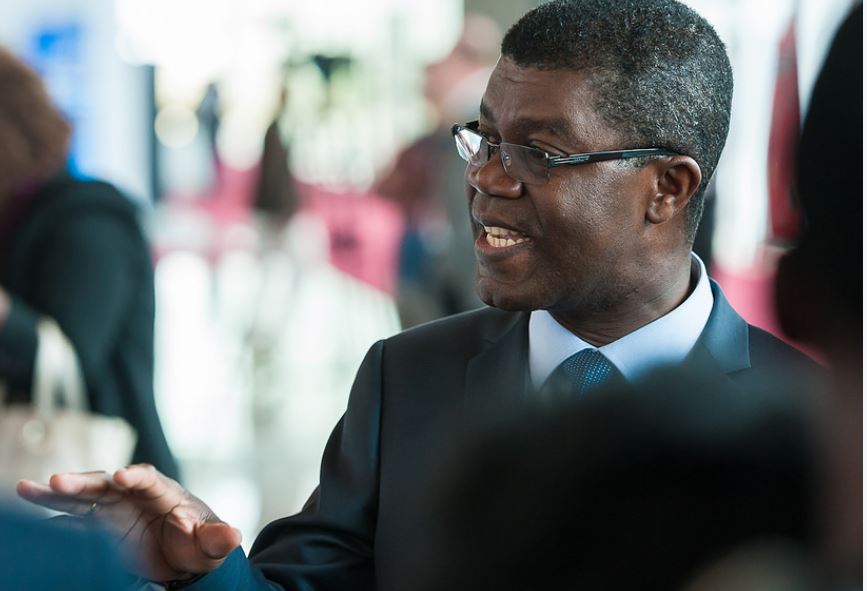 eLearning Africa 2016: Resettlement of ICT Education and Training in Cairo

Africa needs mechanisms to solve its information and communications technology (ICT) training and education problems, which comes within the vision of the African Union, Africa 2063 for a prosperous continent, Minister of Communications and Information Technology Yasser Al-Qadi said.

Al-Qadi added, during the opening ceremony of the eLearning Africa 2016 conference entitled “Making vision reality”, that Africa is facing several challenges in that field, including means of sharing infrastructure and experts to push the growth of vital sectors, such as education.

Human resources are Africa’s most important resources, and should be developed and improved, especially youth, Al-Qadi said.

Africa has more than 200 million people between the ages of 15 and 24 on its continent, said Al-Qadi, calling upon the continent’s leaders and officials to create programmes and policies to utilise this huge resource.

Al-Qadi toured the exhibition, held on the sidelines of the conference, which showcased products, services, and projects offered by 40 companies participating in the exhibition from more than 19 countries, in addition to six Egyptian companies specialising in ICT education and training solutions.

Asmaa Hosny, CEO of Information Technology Industry Development Agency (ITIDA), reviewed the efforts of the agency in investing in technological innovation and entrepreneurship, as well as the steps Egypt took to create clusters of innovation in the various provinces based on cooperation between international companies, technological incubators, training centres, and civil organisations working in ICT.

Founding Executive Director, President and CEO of the African Institute for Mathematical Sciences (AIMS) in South Africa Thierry Zomahoun noted that African countries spend $4bn to bring in experts in all fields, despite the large base of human resources based in the continents, but lack training.

He urged African countries to rely on local scientists and technology in the coming period to guide the expenses of attracting foreign experts for the development of African countries and provide prosperity for their people.

He added that the report of McKinsey & Company indicated that the global income can increase by an average of $33m if women are given equal work opportunities as men. The labour market in Africa sees 11 million new young men every year, while the needs are estimated at some 40 million people.

Günter Nooke, the German chancellor’s personal representative for Africa in the Federal Ministry for Economic Co­op­er­a­tion and De­vel­op­ment, said that Africa spends € on ICT projects annually.

He added that Germany will invest €38m in training programmes to improve the future of African youth and prepare them for the job market.

The ceremony was attended by a number of African Ministers from Sudan, Nigeria, Gabon, Togo, and Zimbabwe, as well as several business people, academics, and analysts, in addition to experts, including Nooke.

Elham Mahmood Ibrahim, commissioner of the African Union for Infrastructure and Energy, and Thierry Zomahoun also attended the ceremony.

eLearning Africa is the largest and most important networking event for the promotion of development, improving education, and raising the quality of training in the field of ICT across Africa.

This article was published on the Daily News Egypt’s website.