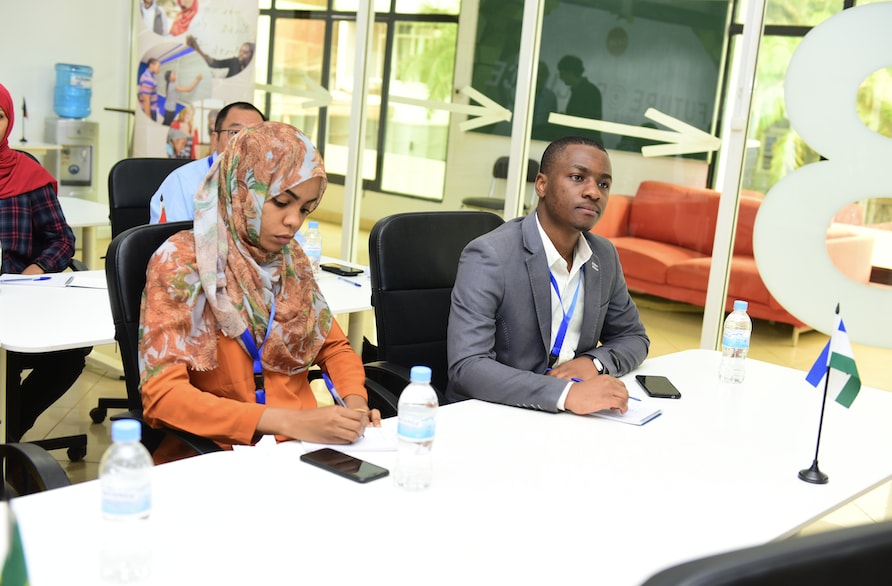 The African Institute for Mathematical Sciences (AIMS) Rwanda Centre hosted the first ever “The Future of Science,” conference on 7-9 July 2019 at the AIMS campus in Kigali, Rwanda. The conference brought together top researchers from around the world to interact with postgraduate students and young researchers from across Africa in a very informal and interactive setting.

The main purpose of this conference was to bring together top researchers from around the world to interact with postgraduate students and young researchers from Africa in a very informal and interactive setting. The program included talks on selected promising areas of research at a non-specialist level that a post-Masters level student in the sciences or mathematics would be able to follow.

Topics that were discussed include Fundamental Physics, Cosmology, Machine Learning, and selected areas of Applied and Pure Mathematics. One of the sessions was held at the University of Rwanda as a public lecture titled “Universe” and was led by Neil Turok, the AIMS Founder.

“The future of science will be entirely determined by young people. At AIMS, we delight in bringing together diverse young Africans and giving them the chance to become young scientists,” Neil said.

The conference was attended by over 70 young scientists and researchers from across the continent, of whom a few were AIMS students and alumni.

“The future of science in Africa has the need of training in scientific computing- a course offered to our students at AIMS, among others.” Prof. Mama Foupouagnigni, AIMS Cameroon Centre President, one of the speakers at the conference.

Samaya Nissanke, an assistant professor from the University of Amsterdam was one of the conference attendants and speakers at the conference and she spoke on “A New Perspective on the Universe in the Multi-Messenger Astronomy Era”, a topic that was highly interactive among the scientists.

“To the young people, we can’t wait to have you join the global pool of scientists and to improve the way science is taught,” She said.

The conference was a great way of bringing researchers, scientists and younger students together to interact together and it is believed that the acquired target was achieved.